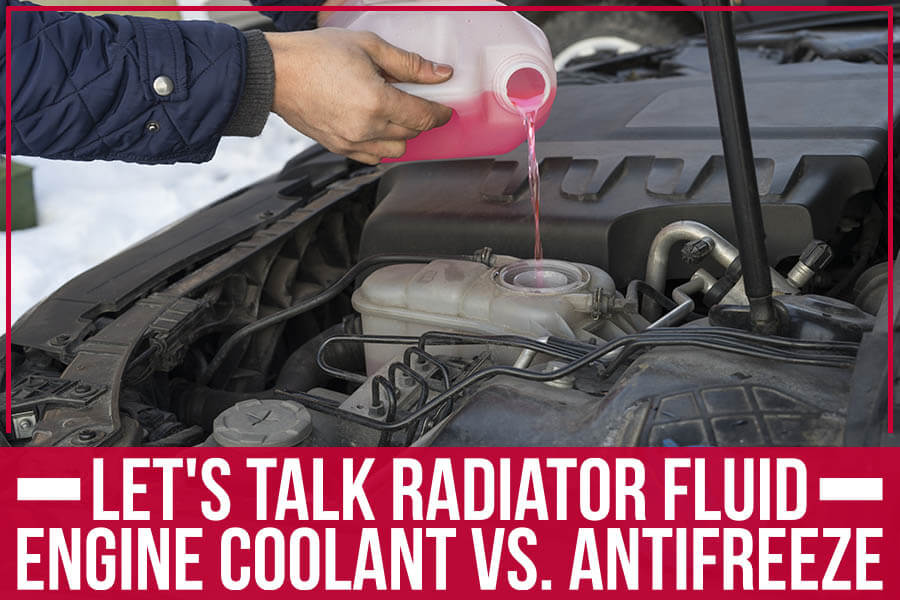 Your car's radiator is an essential part of the cooling system. It helps keep your engine from overheating, and it's essential to use a suitable radiator fluid to ensure that your car keeps your car cool and running smoothly.

There are two types of this fabulous fluid: engine coolant and antifreeze. So, what's the difference between them? Let's take a closer look.

An ethylene glycol-based liquid, antifreeze lowers the freezing point of radiator fluid and raises its boiling point. To put it simply, antifreeze works to stabilize your car's engine during the winters and keep your car cool during the summer. It also features corrosion inhibitors to keep your radiator hoses and engine clean.

In a nutshell, this liquid is vital to the overall health of your engine and radiator. Its concentrate form is usually green, red, or yellow.

If your coolant antifreeze is beginning to lose efficacy, you may need to read up on the signs of a faulty radiator!

What Is Engine Coolant?

On the other hand, engine coolant is a mixture of water and antifreeze. It's crucial to remember that you should never use water alone as a coolant fluid. That's because water boils at a lower temperature than antifreeze, which means it would vaporize too quickly in your radiator.

The boiling point of engine coolant is far higher than that of water, which means it can better withstand the heat produced by your engine. It also does a better job of regulating the temperature in your radiator, keeping it from overheating.

Engine coolant serves the same purpose as antifreeze, working to weather your car through freezing temperatures and keep your car cool in the summer. But there are a few notable differences between engine coolant and antifreeze that you should be aware of.

Antifreeze can’t be used alone in a car’s engine because itself it happens to be a poor conductor of heat. Your car would last 2-5 minutes before it just seizes. However, the fluid can keep engine coolant liquid at temperatures as low as -35 degrees Fahrenheit, which fulfills its purpose.

If there is less antifreeze, or none at all in the coolant, and only water is used, the fluid freezes. Build of stresses can result in damage to the hoses inside the engine block that allow coolant through. That's why engine coolant is the radiator fluid of choice in areas with frigid winters.

But here's where it gets tricky: not all engine coolants are created equal. Some mixtures come in half-half ratios, while others feature a 30/70 split of water and antifreeze. The right mix for your car depends on the climate you live in and the radiator fluid's boiling point.

With mild winters in Monterey Park, CA, a 50/50 mix of radiator fluid should do the trick in most cases. This mixture will have a lower freezing point than pure water and a higher boiling point than pure antifreeze. That said, it's always best to grab your owner's manual and see the coolant recommendations for your specific vehicle.

Summers in California are hot, so you'll need a fluid mixture to stabilize your car’s core temp and keep it cool. While 100% antifreeze will have a higher boiling point, it will damage the engine – it is just impractical to use that way. A 70/30 fluid mix is recommended for most vehicles during the summer.

The added water will also help to lubricate the water pump and reduce the overall engine temperature.

When Should I Change the Fluid?

Your engine coolant or antifreeze should be flushed and replaced every 30,000 to 50,000 miles. If you're questioning the last time you changed your car's coolant, it's always best to stay safe and have it done sooner rather than later.

That said, there are several signs that it's time to change this fabulous fluid. Let's run through them:

What Are the Causes of Coolant Leaks?

Now that we've discussed signs that it might be time for a fluid flush let's talk about some of the causes of coolant leaks.

Can I Put Antifreeze or Coolant in Oil?

Your car's engine oil and coolant serve different purposes, so it's important not to mix them. Coolant or antifreeze cools your engine while the oil lubricates engine parts. Mixing your coolant fluid and oil can cause severe damage to your engine.

Don't start the engine if you accidentally mix the coolant with your car's oil. This will cause the coolant fluid and oil to circulate through your engine, damaging it beyond repair. Instead, call a tow truck and take your car to a nearby service station or dealership for repairs.

That was our quick guide to antifreeze and engine coolant. Now you know the difference between these fabulous fluids, and you can keep your car running smoothly throughout winter. Nissan cars hold impressive performance records, and the engine coolant is one of the main reasons behind them.

If you'd like to know more about Nissan car performance, or more about some of the best performance cars in the world, check out our Nissan inventory at Glendale Nissan, serving Monterey Park, CA.

Thanks for reading & schedule a service with us today! 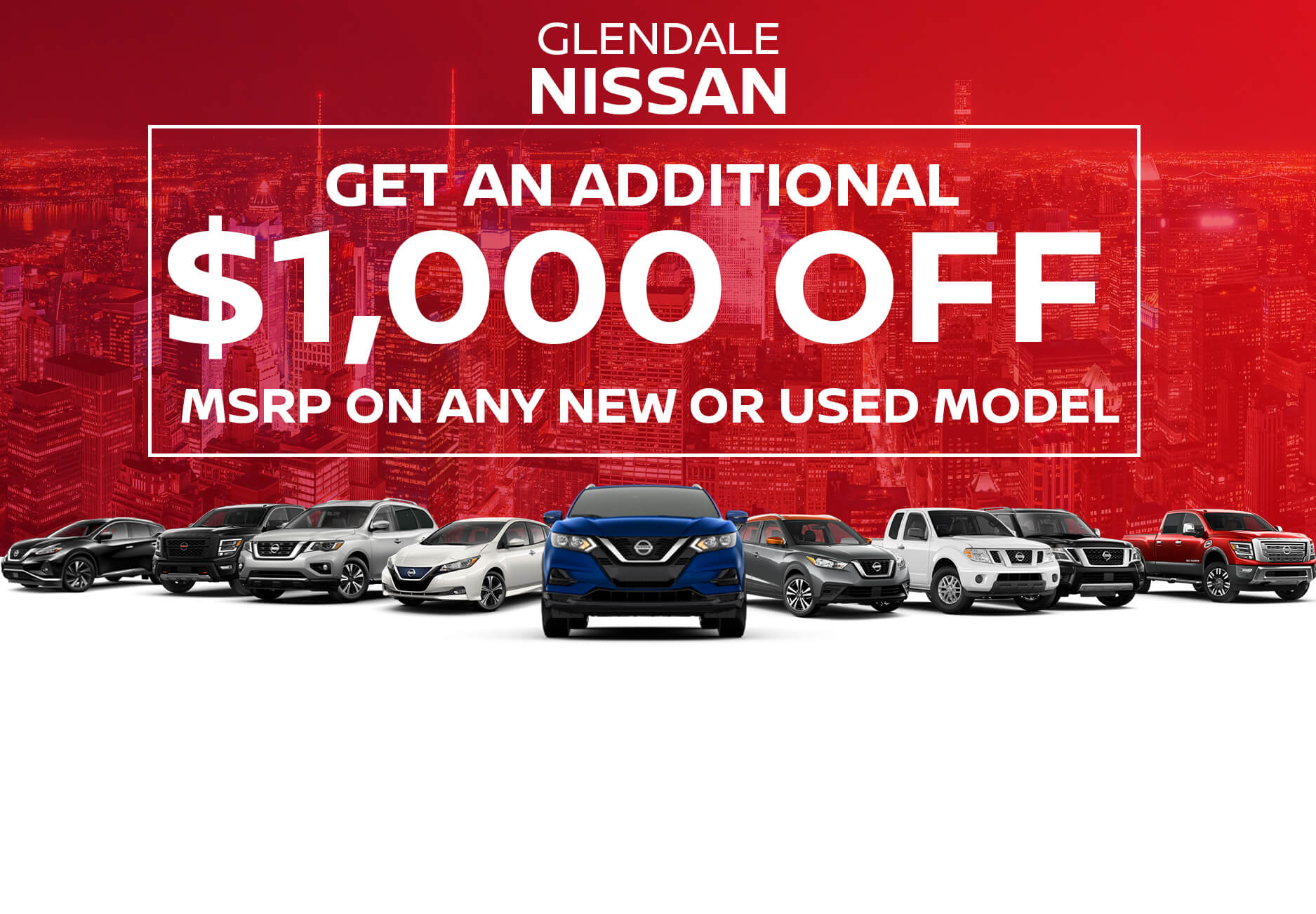 Coupon is available on lease and purchase. Redeemable one per household at Glendale Nissan. Void if copied or transferred. Coupon must be presented prior to negotiations. Cannot be combined with other offers. Must take delivery from new dealer inventory. No refunds for canceled sales agreements. See dealer for details.

*Coupon is available on lease and purchase. Redeemable one per household at Glendale Nissan. Void if copied or transferred. Coupon must be presented prior to negotiations. Cannot be combined with other offers. No refunds for canceled sales agreements. See dealer for details.